Movetech UK put on a show with Mansfield Design

When the Movetech UK (Part of the British Turntable Group) rental team was commissioned by Mansfield Design to help with the launch of the highly anticipated Ford Focus RS, it wasn’t just about supplying the movement. The project included the installation of a 6m diameter revolving stage turntable on location in Cologne, Germany, as well as supporting with set build and the utilisation of special effects throughout the event, all whilst cohering to stringent targets and deadlines.

The highly anticipated World reveal of the Ford Focus RS had a brief for ‘something out of the ordinary’ and ‘to put on a show’ making it completely unique when comparing it to your typical corporate reveal. The event was to take place in the engine plant warehouse, located at the company’s Cologne factory. The reason behind this was because both Ford and Mansfields wanted to produce one of the most spectacular drive-in moments in the history of car reveals, and to show people, not just tell them, that the all-new Focus RS will be a serious machine that is a breed apart from the competition.

With the launch being such a high profile event, there was only going to be one company Mansfields would turn to for support, and that was Movetech UK. Over many years both companies have come together and formed a great partnership, producing and supplying first-rate ideas, designs and systems to make countless events and exhibitions very successful. On supplying the 6m diameter revolving stage turntable it was evident the event was going to be an unbelievable spectacle, the revolving stage turntable was installed flush into a custom made stage surround accompanied with an array of LED lighting, special effects and media screens, all simultaneously working in unison.

As part of the event, a pre-shot video clip of the RS prototype drove at speed through the Cologne plant, then into the actual reveal arena itself where a dramatic entrance to the show was performed. The highly acclaimed vehicle was then driven onto the stage where it flourished as it slowly rotated whilst the world watched via an intelligent online stream and from the aftermath of the reveal, the event appears to have had precisely the desired effect with incredible coverage.

Matt Forrest, Movetech UK’s rental manager, explains: “Mansfields are very organised and a pleasure to work with and although my main job is to ensure the revolving stage turntables are delivered and installed on time, working with Mansfields is so much more than that. It’s more of a team effort and I enjoy getting involved in other areas of the build, unloading trucks, laying floors and completing any other tasks given to me, it’s all about helping each other to make the event a success, which is always clear to see in the triumphant work we do!”

“Launches like these don’t come along every day, and with international press flying in to get a first look at the vehicles in the action packed week long programmes, it’s great to know our systems are at the main focal point of the event. Even though we are industry experts and we have been doing this for decades, the sense of pressure is always in the back of your mind, but this is without doubt always overturned by the determination to get the job completed thus making each event a colossal success.”

In addition to the Focus RS event, Movetech UK’s rental team have worked on two more highly anticipated projects with Mansfield Design. The European launch of the Ford Transit Connect was also launched in Germany, and a rental 5m diameter revolving stage turntable was the preferred choice of unit for this particular job. The revolving unit was accurately integrated into the fabrication of a tailor made outer stage, making the turntable sit flush with the edge of the outer staging. With just millimetres of clearance from the edge of the revolving stage turntable to the outer staging, it left the audience amazed when the vehicle was unveiled and began to slowly rotate, together with several media displays it created a perfectly executed display that could be viewed from every angle.

A few months before the Ford Transit reveal, Mansfields also invited Movetech UK to commission yet another revolving stage turntable for another high profile event to showcase the new Ford Edge concept car, but this time a slightly larger 6m diameter turntable was used. With a reasonably similar plan and layout as the Ford Transit, the stage would sit flush into a custom made stage surround to which the vehicle would sit and rotate gracefully to show off every aspect the new vehicle has to offer.

The revolving stage turntable chosen by Mansfields for the launches are part of Movetech UK’s standard rental range. The range is very popular for product launches, exhibitions, events, TV and film requirements where only short term or occasional use of the movement is required. Renting equipment also keeps pricing to a minimum and obviates the need for storage.

Higher resolution images can also be found on our Flickr photostream. 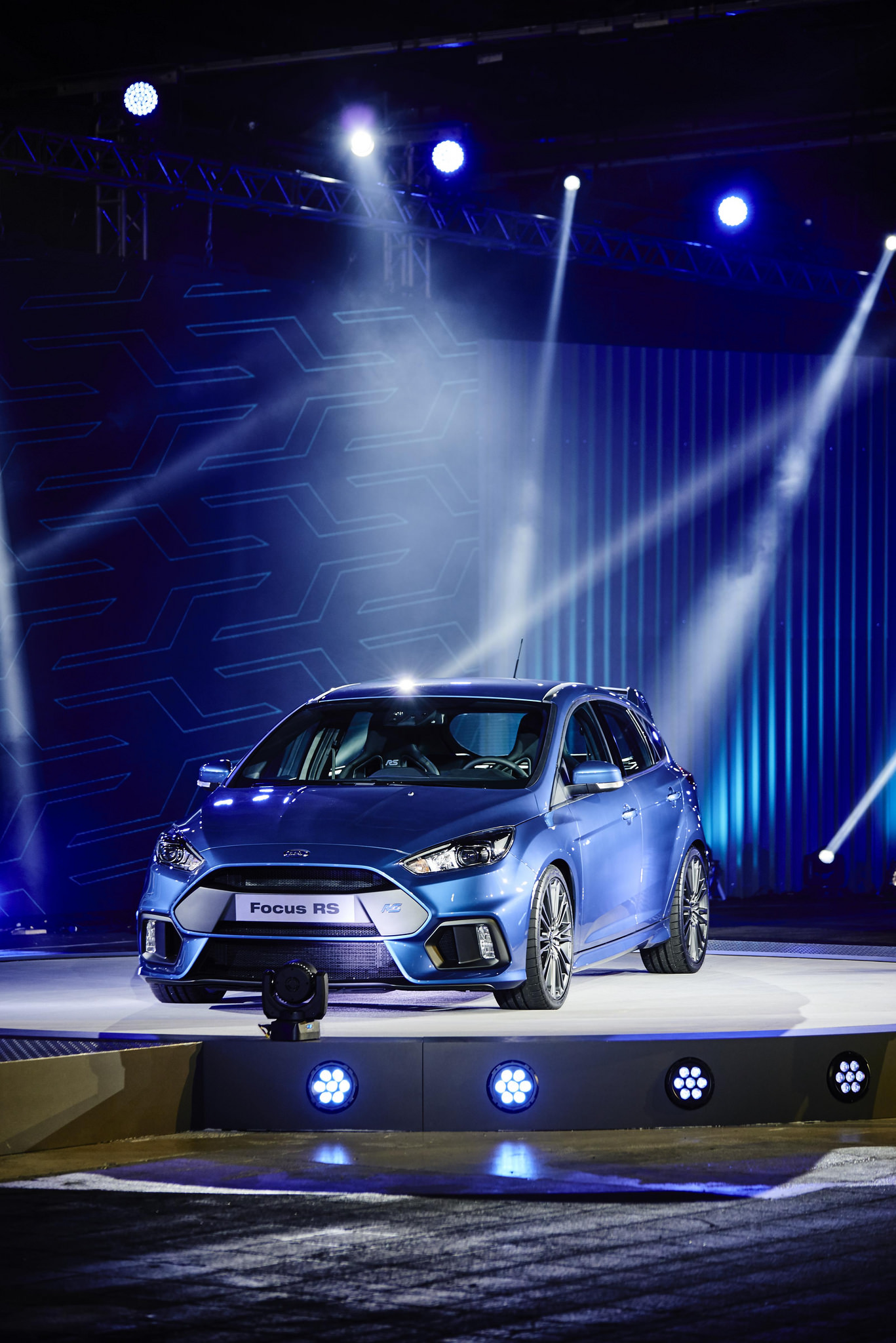