Movetech UK (Part of the British Turntable Group) has helped create a dazzling sensory lighting display for a young girl with cerebral palsy by supplying one of its popular ceiling-mounted display turntables.

The ceiling-mounted turntable was fitted to the ceiling in the centre of a young girl’s sensory bedroom. Amy, who has severe cerebral palsy as a result of a profound brain injury at birth has very complex multiple special needs and has a supporting team of carers that look after her every minute of every hour around the clock.

Amy’s father, Neil said: “Amy has at home a wide variety of lighting and other visual stimulation equipment available, but all of it depends upon Amy looking at the right place at the right time and often the projected image takes a lot of concentration and focus for it to be beneficial. The beauty of the ceiling mounted turntable allowing the crystal shade to rotate offers a simple yet exceedingly calming effect, especially when it is combined with sparkling glitter wall coverings and shimmering wallpaper. The fact that the turntable enables the effect to be seen everywhere throughout the whole room at all times in a subtle and relaxing way is perfect for a bedroom where you want to drop off to sleep or gradually wake up.”

Neil then added: “We opted for a revolving turntable after seeing something similar in Sherwood Lighting Ltd showroom window at night when returning home with Amy from hospital. We learned about creating sensory environments, mood settings and using audio, visual and tactile stimulus in an educational and recreational context from a fantastic charity called Bamboozle Theatre Company who are based in Leicester. The turntable along with the crystal shade is by far one of the best systems we’ve used, the effect creates an astounding display to look at and very different to anything else we have ever provided for Amy”.

Overall, Neil and his daughter Amy are extremely happy with the end result and have said they would highly recommend Movetech UK’s services and products. In a matter of fact, Neil has told Movetech UK that he has recommended the product to several friends and family, and always mentions it when he is out and about at groups to people who are trying to think of new ideas. 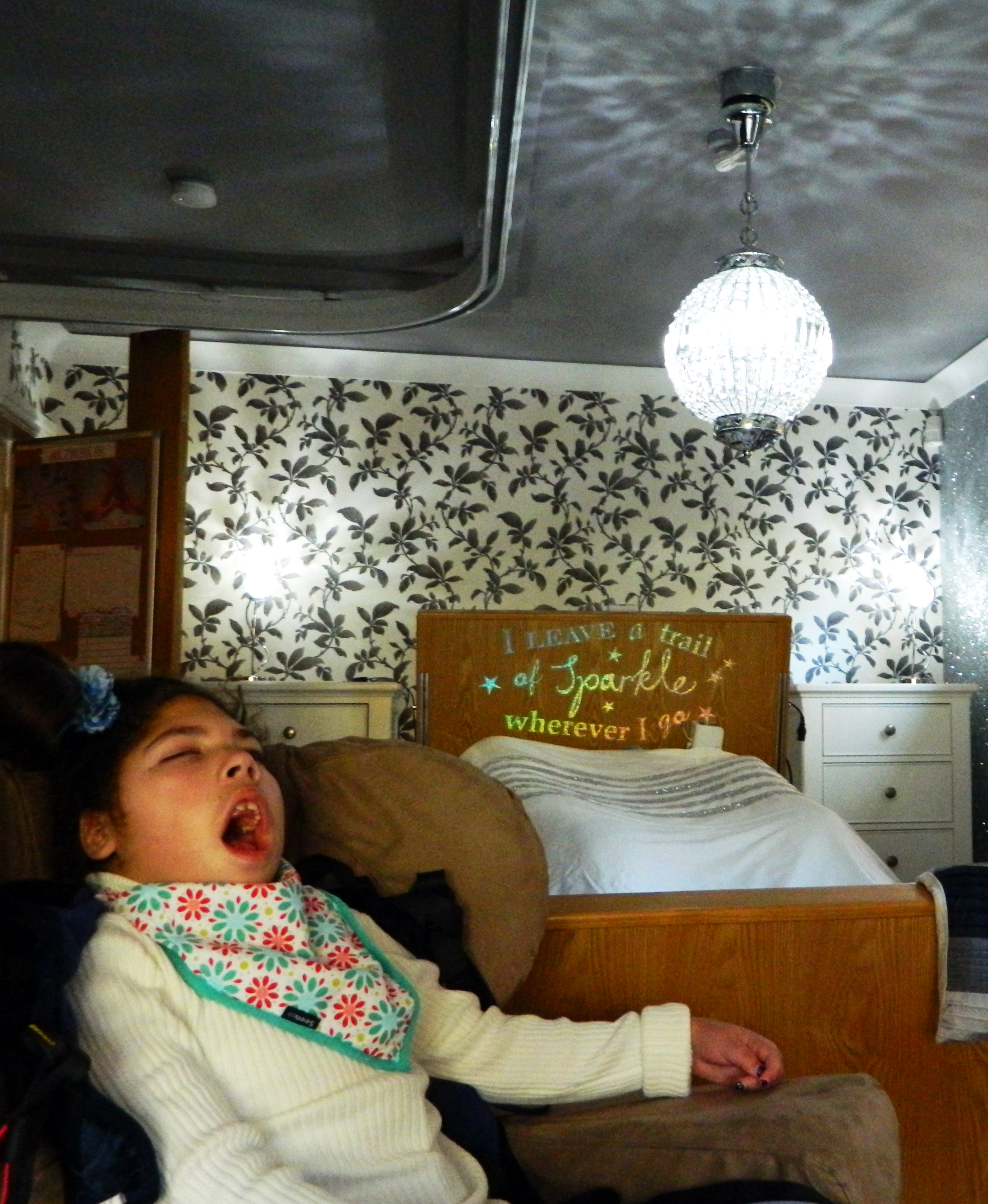